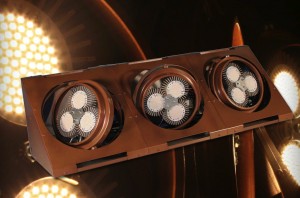 Updating the current sanctuary lighting is a difficult decision and that is what churches all over the US are contemplating. Replacing the historic antique fixtures with lighting technology that is new and improved can be a tough decision. The incandescent clusters that are typically found in churches have been around since Thomas Edison and have had little change in their construction. Our new LED retrofits make it possible to keep the beautiful old lanterns you love, slash energy usage in half, and increase light output at the same time by 500% or more! So, what if you were told that there's a way to take those old lanterns that are so beautiful in your facility and:

LED is an acronym for “Light Emitting Diode”…a semiconductor. Since they have no filaments to break, they are called solid-state lights. Having no filaments makes them superior to other light sources, as they are more durable. LED's have been around for decades, being utilized in many common devices such as video screens, traffic signals, and indicator lamps. After constant development, they became the light source that was the most energy efficient in late 2010. LED's were producing an unheard of 102 lumens per watt at that time and were still improving. To put into perspective the advantage that LED holds, the best fluorescent may be 100 lumens per watt and the best incandescent light may be 20. Right now, we are using LED chips that are rated 117 lumens per watt, which is extremely powerful and efficient. LED's are also easily dimmed and our drivers are all dimmable, unless specified otherwise.

Give us a call today and let Church Interiors retro-fit your historic fixtures! 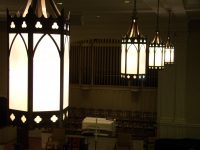 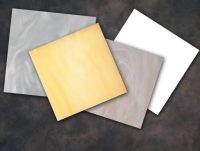